In Cartografia, geomagnetismo e meteorologia, Did you know that

Did you know that… the climate in the past was recorded by astronomers? 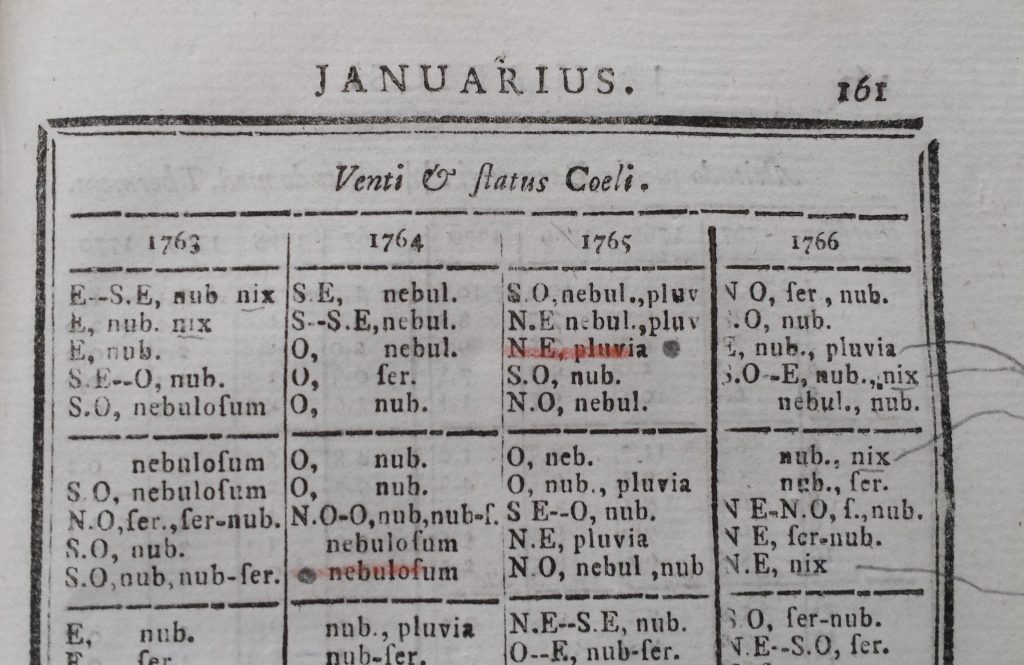 “This is the hottest summer in 200 years.” How many times have we heard this? And yet, how do we know what the temperature was 200 years ago? Or even before that?

Meteorology was part of the duties of Astronomical Observatories all over the world: they were  recording temperature and atmospheric pressure both for civilian and scientific use. And many of these Observatories still keep records of measurements patiently taken by astronomers for centuries in their archives.

To define what the climate is in a specific region requires the analysis of data collected over a  long time: at least 30 years, according to the World Meteorological Organization, but 100 years is better.  Therefore the long series of data produced in the observatories are extremely useful to scientists.

While having a long series of data is fundamental, using it to describe climate changes in time is another matter, since data is often taken under very different conditions over the course of the centuries even for a single Observatory: even more so when comparing different Observatories!

Data acquisition and recording of the results are subject to many variables that need to be taken into account: changes in the instruments, replaced because broken or obsolete, different times the observations were done, positioning of the instruments, method of collecting and analyzing the data. It is actually very difficult to compare data from one or two centuries ago with data collected today.

Scientists have worked on reliable methods to calibrate the data, taking into account also the historical records of the observations, so as to know which instruments were used and how. Comparing different series of data from the same period also allows a better intercalibration.

The meteorological serie collected at the Brera Astronomical Observatory is one of the oldest and most complete in Italy, and it is hard to find comparable data sets for the first few decades of observation. From the second half of the 19th century, observatories started using the same instruments and methods, and the network of meteorological stations starts to spread across the country.