The Museum’s collection features the astronomical instruments used by the Brera astronomers over the years, from the early days of the Observatory to the 1970’s. The collection, started by Schiaparelli,  and enriched by subsequent directors, is displayed in the entrance hall of the Observatory, which also serves as the daily entrance for current researchers. The present layout of the gallery is the result of a careful effort aimed at the preservation and promotion of the items on display, which have been carefully restored and catalogued as part of a project started by the Institute for General and Applied Physics of the University of Milan, and in particular by Guido Tagliaferri and Pasquale Tucci. This nucleus of astronomical instruments has been enriched with miscellaneous scientific instruments, part of one historical collection of the University of Milan: telescopes, microscopes, pneumatic and electrostatic devices, instruments for cartographic surveys of the 18th-19th century.

The dome with the 8-inch refracting telescope which Giovanni Virginio Schiaparelli had installed in 1875 is also part of the Museum. Schiaparelli used this telescope for his astronomical researches of binary stellar systems, comets, asteroids and planets of the Solar System, and particularly Mars. In 1999 the telescope and the dome were fully restored to be operational, and can be visited with guided tours only. 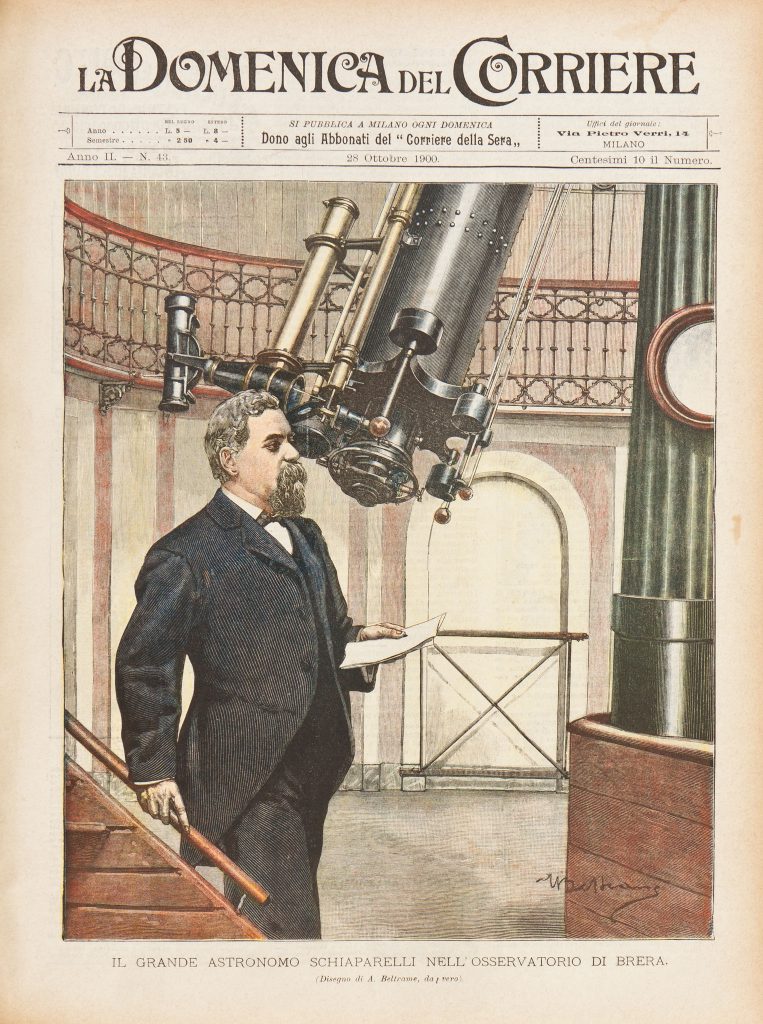