The dome houses the first of two refracting telescopes requested and used by Giovanni Virginio Schiaparelli, director of Brera Observatory from 1862 to 1900. The telescope has an objective lens with a diameter of 8 inches and a focal length of 10.5 feet and was built by the Merz Company (Munich), one of the foremost telescope makers of the time, from 1862 and 1865. However, only in 1873 did funds become available for the dome, which was built on the roof of Palazzo Brera (fifth floor), in the wing where the Observatory is located. The telescope is equipped with a mechanical clockwork device that drives the hour axis, causing the instrument to follow the diurnal rotation of the celestial sphere. The dome consists of a brickwork base supporting a wooden cylinder covered by copper slabs; to allow access to the sky in any direction, the cylinder can be rotated for 360 degrees by means of a mechanism operated by a crank.

The Merz telescope was used intensively by Brera astronomers up to the mid-twentieth century, but never underwent substantial modification; its restoration, carried out by the ARASS-Brera Association in 1999, has brought it back to its original condition. 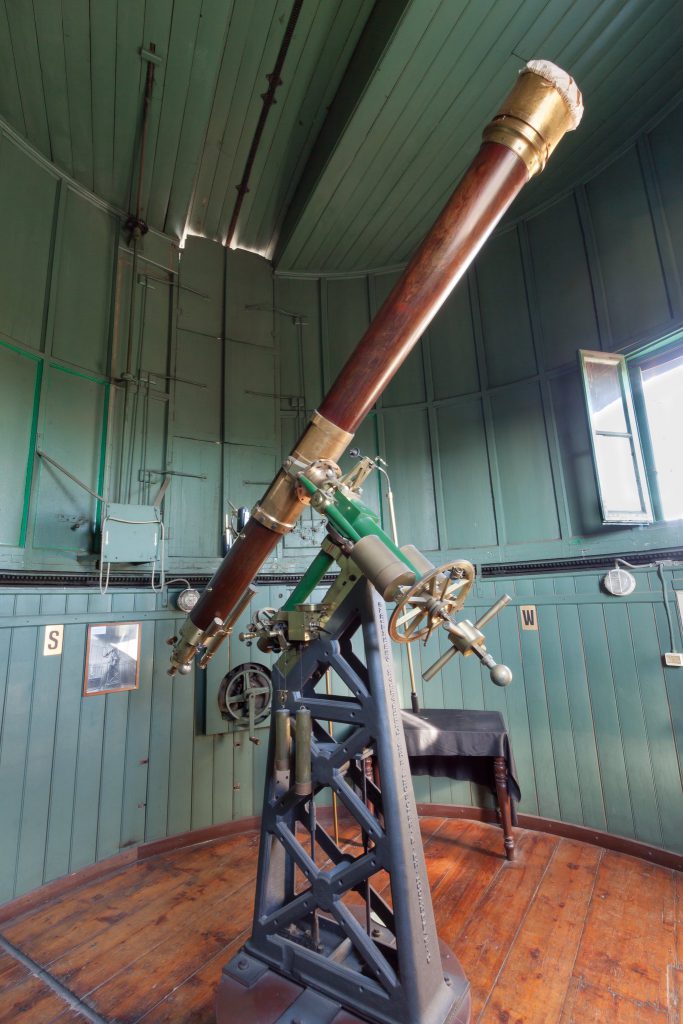