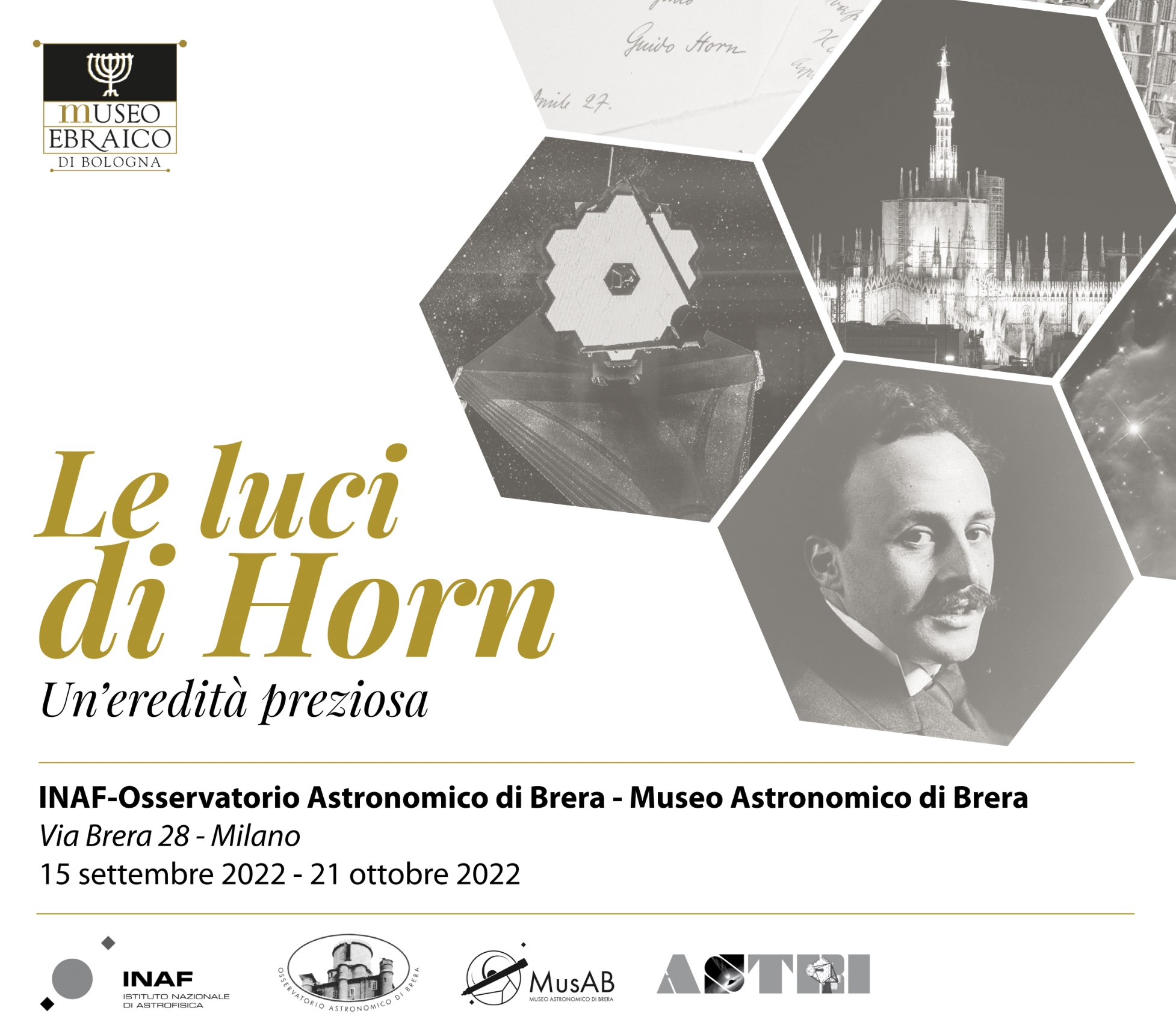 The exhibition, conceived and implemented in 2017 by the Museo Ebraico in Bologna, in collaboration with the Astronomical Observatory and the department of physics and Astronomy of the University of Bologna, is now shown at the Museo Astronomico di Brera. The exhibition narrates the history of Guido Horn d’Arturo, highlighting his extraordinary scientific legacy, in the context of the newly renovated museum dedicated to the discovery of the work of an astrophysicist.

20th September – 21st October
Exhibition will be visible Tuesdays and Thursdays form 10AM to 3PM.
Tickets are required.

9th October 10AM 3PM
the exibition is open to the public
Reservation is required: https://emma-shop.netlify.app/museoastronomicodibrera/museum